Home / News / HAA5 in Drinking Water: What You Should Know

HAA5 in Drinking Water: What You Should Know

When the City of Baltimore sent out a press release in August of 2015 stating that an EPA violation for higher than the maximum allowable levels of haloacetic acids (HAA5) had been identified in the water system, a total of 1,500 customers were affected. The violation was for evidence of 61 parts per billion, while the maximum allowed is 60 parts per billion. With the press release, the city advised consumers to seek medical advice surrounding drinking city water if they had severely compromised immune systems or if they were elderly, pregnant, or had infants in their homes. Otherwise, it was reported that consumers could continue using the water.
Today, We will be discussing what HAA5 is, including everything you should know about it. It’s important to know about the contaminants that are regulated by the EPA when it comes to our drinking water. This instance of an EPA violation in Baltimore makes it even more clear that we should be conscious of what is in our drinking water. So, what is HAA5 and what do you need to know about it? Let’s find out!
What Are HAA5?
What exactly are haloacetic acids (HAA5)? Put simply, haloacetic acids are a group of disinfection byproducts that are formed when chlorine compounds used in the process of disinfecting water react with other chemicals found naturally within water. Within disinfected drinking water, there are five significant HAA, and this combined concentration is what we refer to as HAA5.
The levels of HAA5 found within water can be affected by seasonal changes or by changing amounts of disinfection added. It is also common for temporary increases in HAA5 to occur due to short-term increases in chlorine disinfection. These occur when there is a water main break, when there is a potential microbial, when water systems are under repair, or another problem or threat is present. It should be noted that all water systems that use chlorine to disinfect their water are required by both federal and state law to sample for HAA5 levels on a regular basis.
Why is Chlorine Added?
Chlorine is used to disinfect the water. Disinfection is necessary for a variety of reasons, including the prevention of illness and because it is both a federal and state requirement. The disinfection process has clearly made a difference seeing as it has nearly eliminated most acute waterborne diseases in the United States.
So, how does the process of disinfection work? First, disinfection kills any microorganisms found in the water. Secondly, a small amount of disinfectant is needed in the water as it travels through the pipes in the distribution system. This small amount of disinfectant works proactively to prevent the regrowth of microorganisms or contamination from an outside source.
How Can Consumers Be Exposed to HAA5?
The main source of exposure to HAA5 in drinking water is from direct ingestion. It is also possible for small amounts of HAA5 to be absorbed through the skin during hand washing and showering. That being said, significant inhalation of HAA5 does not occur during these processes because the chemicals are not known for vaporizing readily into the air. This means that the most direct source of exposure is from drinking water containing high levels of HAA5, the main reason that the EPA has set regulations on the levels of HAA5 that can be found within drinking water.
What Are the Health Risks Associated with HAA5 Exposure?
The designated maximum contaminant level (MCL) for HAA5 set by the EPA is primarily based upon cancer risks following a lifetime of drinking contaminated water. This is because HAA5 are considered to be possibly carcinogenic to humans due to evidence of carcinogenicity in tests of laboratory animals and some limited evidence in actual people. 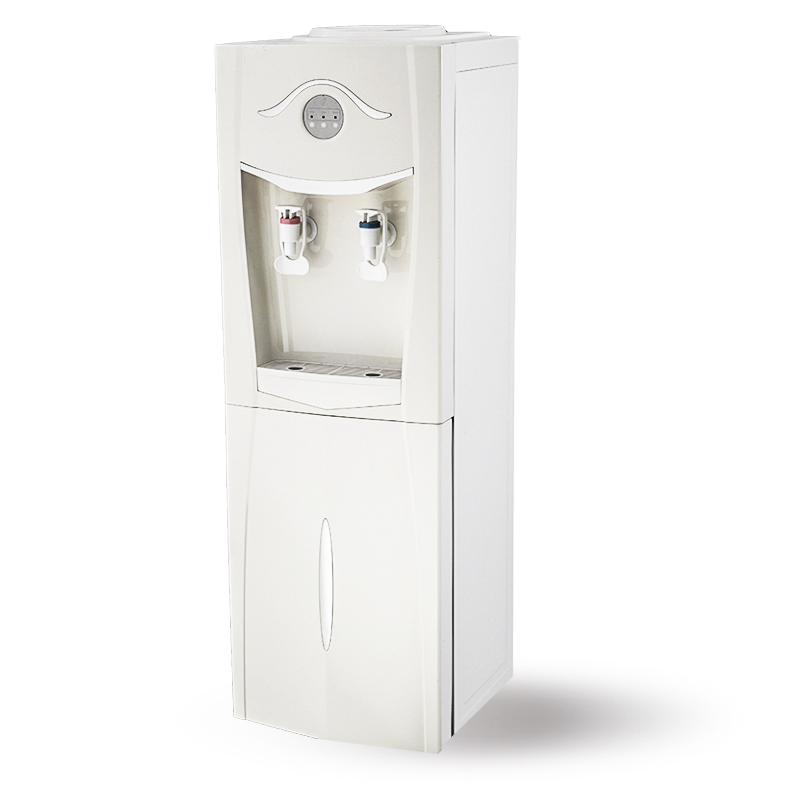 The individual chemicals that make up HAA5 have also been shown to cause some other effects in laboratory animals including toxicity to the kidneys, liver, and reproductive and neurological systems. After exposure to disinfection byproducts, various adverse developmental and reproductive effects have also been observed. In some, but not all, studies of people, similar effects have also been reported.
It is also thought that, in general, young children seem to be more susceptible to the chemicals that make up HAA5 due to their inability to metabolize chemicals in the same way as adults, as well as the fact that their exposures may be greater for their size than in adults. That being said, there is still much research needed to confirm the health risks associated with HAA5 exposure and these are merely guesses based on some evidence.

Why Your Water Dispenser Might Leak and How to Fix it

Is it Safe for Babies to Drink Water?

How Your Body Uses Water

Should I use an all-in-one water purification machine to drink clean water?

How to Clean and Sanitize Your Bottleless Water Cooler